TL;DR, Today I am launching Tropic

Tropic is a new app for remote team collaboration, with a particular focus on teams who are highly distributed and in different time zones.

I believe remote teams are the future of work. Businesses have more choices to hire from and employees have more flexibility.

But with these benefits come logistical / cultural challenges.

We faced daily challenges: schedule conflicts, emails being interpreted wrong due to non-verbal cues being lost, lack of camaraderie - to name a few. Not to mention… a heated discussion between one person who is at the end of their working day, and another person who hasn’t had their morning coffee yet… is a recipe for disaster!

Slack has done a great job of bringing real-time chat to the workplace, but I don't think it solves collaboration problems for teams who are a lot more distributed. I also think there's not many solutions out there focusing on the more emotional side of remote team collaboration - building relationships / empathy, enhancing context etc.

This is one of the more multi-faceted problem spaces I've looked at so far in the 12 startup challenge. It's a little less specific, which can be a problem in terms of building out a one month MVP.

Since the problem space is so broad, I began with something simple for this 1-month MVP.

Tropic's launch feature is a screen that shows all your coworkers' working hours in their respective timezones. 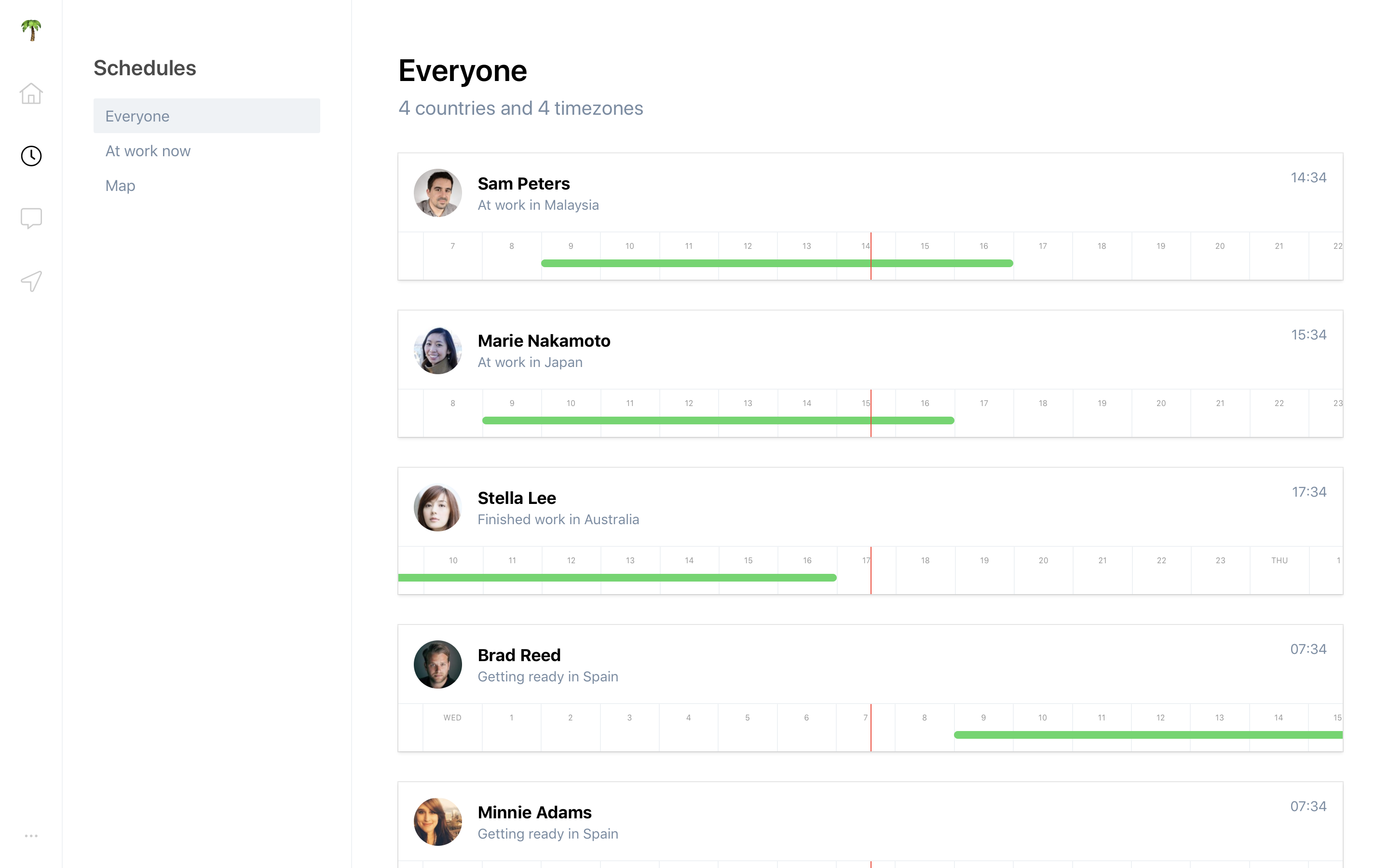 It's a simple but useful feature that at a glance shows you where your coworkers are in their working day. Are they just about to get into work, or are they just about to finish? The more conveniently we have information like this, the more we can empathise and understand the context of our remote colleagues. 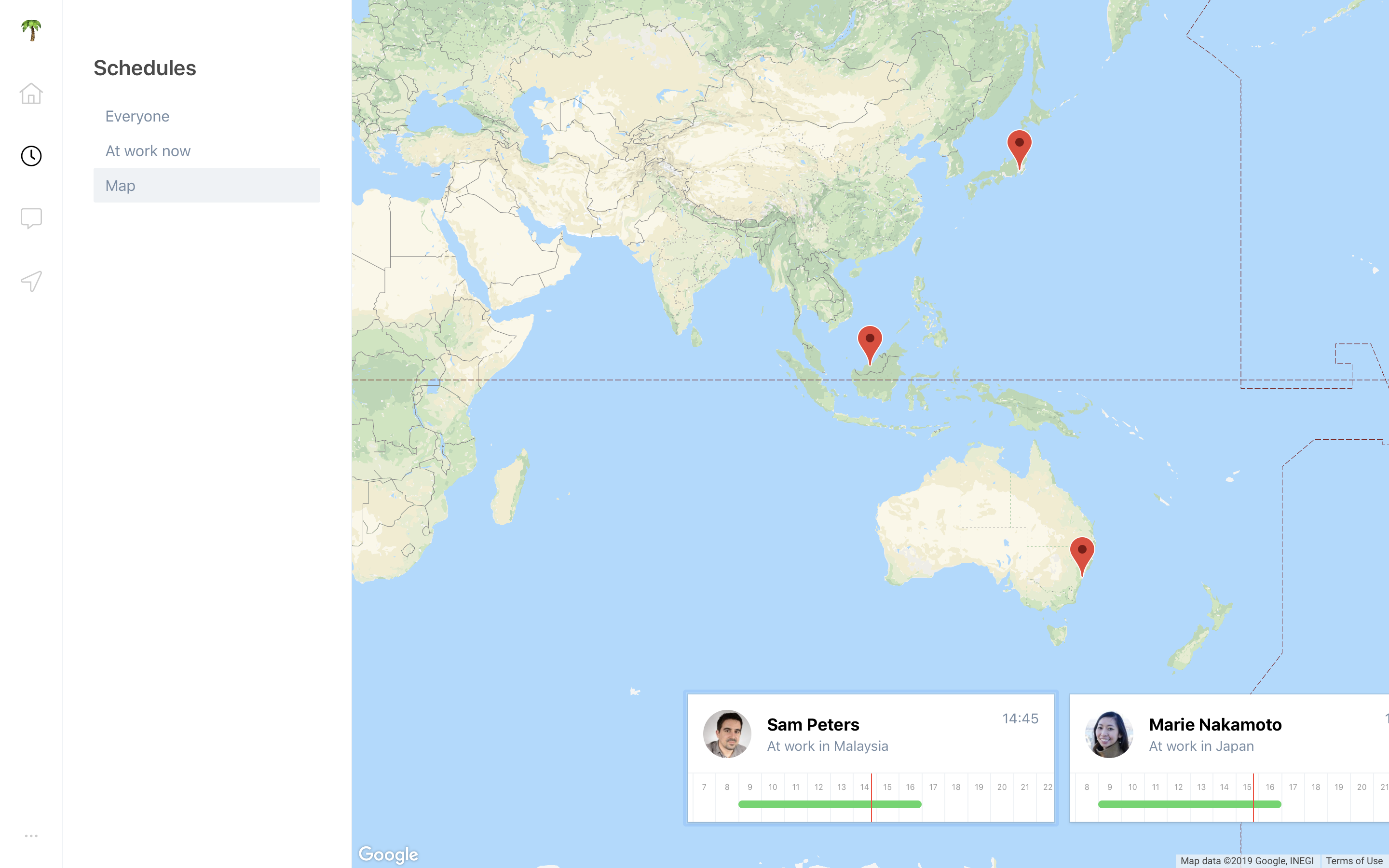 Tropic isn't going to stop at this one feature. As I mentioned in a previous post, I'm going to switch gears in my 12 startups challenge and instead of launching 6 more unrelated products, I'm going to focus on making major iterations to existing ones. Since the problem space with Tropic is sufficiently wide and deep, I'm going to be iterating on Tropic in some of my upcoming monthly launches.

The big picture for Tropic would be to create a product that encourages or enables more companies to go remote. I think it would be an amazing mission to move that needle!

Tropic is a self-serve SaaS product, meaning that customers can sign up and use it for free up to a certain point. Once they reach a scale where the pricing kicks in, there is a per-user per-month fee for using Tropic. At launch, this fee is $1 but that's mainly because there is only one simple feature right now. I will be adjusting this pricing as I launch more complicated / useful features on Tropic.

There's a ton of potential to build useful features on top of the Tropic MVP. Something that puts remote coworker context / status at the core of the experience, but has new kinds of productivity tools created especially for remote teams built on top of it. As I said above, this is quite broad territory. The challenge in terms of next steps will be to get more granular and focus on one or two specific problems in this space that I want to solve and iterate from there.